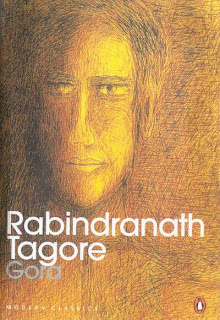 Kaiser Haq, poet and translator, once famously said that it was impossible to translate Rabindranath Tagore. Haq later went on to do the impossible, translating Tagore that is. His 'Quartet' (Translation of Tagore's 'Chaturanga'; 1916) has earned Haq critical acclaim. The latest work of translation of Tagore to hit the bookstores is Radha Chakravarty's translation of Tagore's post-colonial text 'Gora' (1907-1909). In the broadest sense of the word Gora is thematically linked with 'Ghare-Baire' (The Home and the World; 1916). Gora's social setting is late 19th century Bengal, a colony in turmoil. But unlike Rudyard Kipling's 'Kim' (1900-1901), which is the journey of an Irish soldier's orphaned son into the heart of colonial India, Gora is a political novel and a scathing criticism of the Hindu revivalist movement of the late 19th century that novelists like Bankim Chandra Chatterjee (1838 -1894) propagated.

While 'Kim' ("A poor white, the poorest of the poor") searches for his spiritual soul, Gora, also the son of an Irishman delves deep into the heart of the colonial man to portray the society and politics of its time. Tagore, with his masterful prose, aloof yet engaging, depicts a time that was both violent and polemical. The time, on one hand, offered bigotry to the frustrated colonised youth: on the other there was the glorious Bengali Renaissance. Europe was abuzz with anarchism; nihilist and anarchic thoughts regularly filtered into the drawing rooms of Calcutta. With the advent of Brahmo Samaj and Brahmoism, the soul of Bengal was also in turmoil. Even though through social reforms, it liberated millions from the clutches of social tyranny, the spiritual solace that Brahmoism offered was limited to the petit bourgeoisies of the Bengal and was heavily swayed by the European liberalism.

A master social observer that he is, Tagore portrays beliefs and dogmas of many strands as Radha Chakravarty in her introduction says, "The elite Hindu group is not homogenized: from the rigid, unworldly orthodoxy of Krishnadayal to Abinash's naïve celebration of ritual and Harimohini's growing inflexibility about Sucharita's habits, the narrative represents varying facets of religious conservatism." Radha's introduction is full of such eloquent critique of the novel, and one wishes that had it been a little longer, it would have given the reader a better guide to such a complex and complicated text, which with the rise of religious conservatism in the Indian sub-continent is becoming even more relevant.

Tagore makes use of all the tools that he has had as a modernist--Gora is filled with double and paired characters and its narrative is imbued with contradictions and paradoxes. It culminates when Gora, brought up a Hindu, is told about his true birth; his world falls apart, along with it, it shatters his concept of identity. Couple with it the fact that Gora was born in 1987, the year in which Indian sepoys, irrespective of their casts and creeds, rose in unison to liberate India from the clutches of the Empire. An Irishman's son, Ireland, Irish Nationalism--an allusion to another colony. Gora looses all identities and all his identities become one-- he embodies the secular spirit of modern India.

One of the leading intellectuals of her time, Radha Chakravarty has translated two more important Tagore novels--'Chokher Bali' and 'Farewell Song: Shesher Kabita'. Gora indeed shows her maturity as a translator. Her incorporation of certain Bengali words in her translation, in the era of chutneyfication of English, is a surprising change from the translations one is familiar with. Words like 'bon' and 'champa' are retained, which have added a new dimension to the text that was first published about a hundred years ago. Radha's prose is seductive, which reminds the reader that while translating, the translator, even though she is transplanting reality into a different language, has to read the pulse of the text that she is translating. Radha's is one of the best Tagore translations so far; Tagore would have approved.

Essentially, Gora is the spiritual and political dilemma of the post-colonial man and his quest for his true self. At the end of 'Kim', Teshoo Lama's search for the River of Arrow ends and he is blessed with nirvana, our post-colonial Gora for his turn toils in the labyrinth of Bengal's murky history.
Posted by Ahmede Hussain at Saturday, April 25, 2009 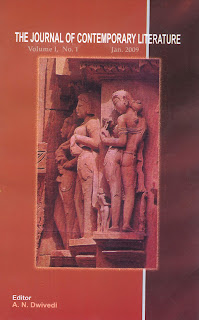 The Journal of Contemporary Literature, an Indian journal has published Ahmede Hussain and Tabish Khair's conversations on literature, politics and the world today in its Volume 1, No 1 issue. To get a copy email:
Dr. O.P. Dwivedi
om_dwivedi2003@yahoo.com
M-61, Govindpur Colony
Allahabad-211004
Uttar Pradesh
INDIA

From England with Hate 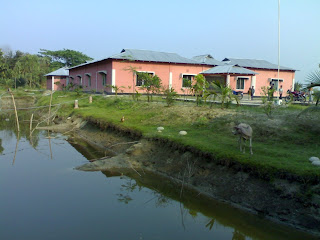 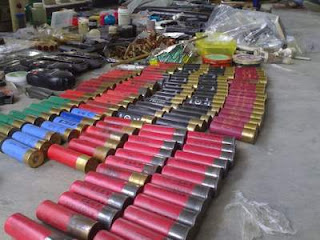 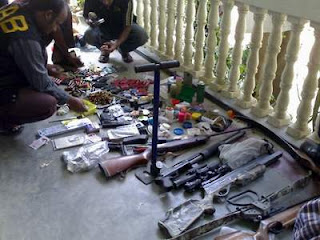 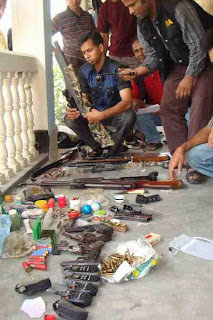 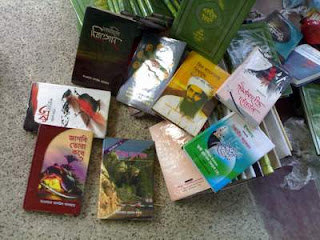 Green Crescent, a non-governmental organisation registered in Britain, is suspected to have been funding terrorism in Bangladesh

After watching it for about a week, a Rapid Action Battalion team led by Lt Commander Mamunur Rashid on the 24th of last month stormed into a red-bricked building that stands on a specious four-acre land in the Ramkeshob village, Burhanuddin of the country's lone island district Bhola. The discovery that Mamun and his men made in that early afternoon swoop is no less than staggering-- a bomb bluster, nine firearms, 2,500 bullets, 3,000 grenade splinters, an explosives blaster, four pairs of German-made uniforms, 200 gram gunpowder, bullet-making components and equipment, two walkie-talkies, two bows, two remote control devices, binoculars, a book on how to operate firearms and other extremist literature--all of which are essential ingredients for making bullets. These equipments are used to make small firearms; usually terrorists use the lead balls to make the projectile of the bullet; and the copper that has been found can be used to make the cartridge where gunpowder and the pin are put. The following day, police also recovered a speedboat and two bottles of acid from the madrasa.

The establishment, which housed 11 students at the time of the raid, has been heavily fortified by a circular trench, and a down bridge was used by its occupants to get in and out of the premises. In the guise of the madrasa-cum-orphanage, the terrorists actually ran a mini ordinance factory. "The 'bomb bluster' is usually used by regular armies to train their members in the use of explosive devices," says a defence official, who wishes to remain anonymous. In fact, Lt Commander Mamun has told the Daily Star that chances are there that the terrorists have been making improvised explosive devices and assembling ammunition. "We've found materials needed to assemble bullets. They include percussion caps, cartridge cases and bullet heads. And all these are made in the UK," he has said.

The ammo factory's connection with the United Kingdom (UK), however, does not stop here--the madrasa is founded by a British charity called Green Crescent, a non-governmental organisation (NGO), which is registered with the British Charity Commission under number 1099233. The organisation's chief, 45-year-old Faisal Mostafa, who has a PhD in metal corrosion, has been under surveillance of the British spy agency Military Intelligence, Section 5 (MI5) for the last 13 years. Even though prosecutor's claimed to have found explosives in his house, the Manchester Crown Court acquitted Mostafa in 1996 and handed him a prison sentence of four years for illegally possessing a firearm. Six years later he was arrested again, this time in Birmingham, along with a fellow Bangladeshi-born Moinul Abedin (codenamed 'Pivotal Dancer' by MI5 operatives). Even though the latter was found guilty of plotting to cause explosions across the UK, Mostafa, who provided Abedin with explosives, was let off the hook. Security experts see the Birmingham arrests as the first evidence of the presence of al-Qaeda in British soil. Mostafa was arrested again last year while trying to board a plane with a gas-powered pistol and a primer. He was given a suspended sentence.

Ghulam Mostafa, Faisal Mostafa's father who left Bangladesh 45 years ago, thinks his son is innocent. He claims that Mostafa has always been into hunting and he makes his own bullets with spent cartridges and gunpowder. Initial investigation made into the Bhola ammo haul, however, does not match with Ghulam Mostafa's assertion--a student of the madrasa has told the investigators that Maulana Mohammad Russell, a teacher at the seminary, used to give him sermons to take up arms to fight the holy war. Apart from the telltale signs, a notebook recovered from the madrasa bears the name of M Akhter Hossain, a soldier of battalion 18of Bangladesh Rifles, which mutinied against the state and the government of Bangladesh a month ago.

Even though the number of weapons recovered in Bhola is not huge compared to the Chittagong and Bogra ammo hauls, the discovery of foreign terrorists working in the guise of NGO workers is new. We have known it all along that the warped ideologies of al-Qaeda and its leaders have proliferated in the west, especially in Britain; Bangladesh has also experienced its first suicide bombing four years ago. However, no direct link between al-Qaeda and the local terror outfits has been found before the Bhola ammo haul. The sophistication of the ammo-making materials suggests that the group is different from the run-of-the-mill terror outfits like Jama'atul Mujahideen Bangladesh, which has so far been involved in small-scale attacks.

The government needs to dig deep to find out the NGOs that are working in the country in the name of development works, and are spreading the message of hatred. As a nation we are immensely fortunate that on numerous occasions our law enforcing agencies, with the help of the conscious citizens, have caught the terror cells off guard, pre-empting many potential terrorist attacks. That does not mean that lady luck will always wink at us. We need a concentrated effort to make life costly and difficult for the terrorists. The government can make a high-powered committee to coordinate its anti-terrorism efforts. Imams of different mosques and madrasas should be trained to give sermons on the proper teachings of Islam; a religion that literary means peace.

The incident also highlighted the need for an international taskforce consisting of all our security partners. A mere regional taskforce is not enough to fight terror, which knows no boundary. There might be more such terror outfits at work in the country, which need to be neutralised before they spring at us again. In the sub-continent, which has witnessed strings of terrorist attacks in the last few years, Bangladesh has so far cushioned itself from religious extremism; those days, blissful though they have been, have come to an end. There is no denying that the terror organisations have set their eyes on Bangladesh because of its geo-political location on the tip of the Bay of Bengal. Time has now come for the government to rise up to the occasion and fight terror to the end.
Posted by Ahmede Hussain at Saturday, April 04, 2009 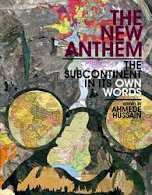